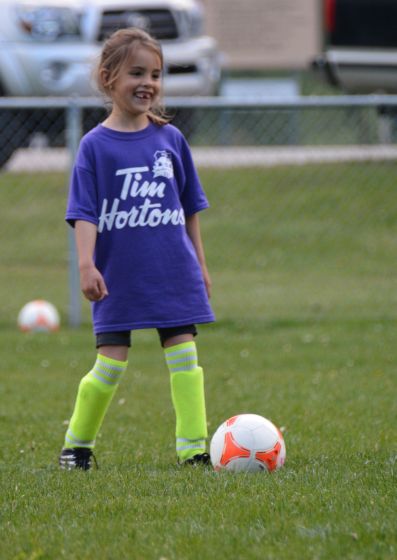 Tonight was the ‘flying up’ ceremony for both girls in Girl Guides. Madeline is finished as a Spark and can be a Brownie next year, and Emily moves up from Brownies to Guides. Emily is wearing my old Brownie uniform from the 70’s, and Madeline has my... One of the best days of the school year is Sports Day. Madeline participated with the kids from her school, École des Glaciers, and Arrow Heights Elementary. Maddie had a blast. 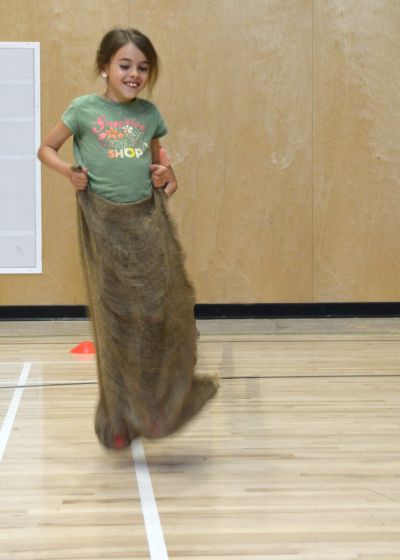 Emily’s Sports Day was brought inside due to torrential rain. The kids still had lots of fun! Intense concentration durring the bean bag toss: Another happy sack racer: Maybe they get this from their dad? This is the race-winning lunge at the Pine Lake Picnic,... The girls had their end of the year dance recital to two sold out nights at the Performing Arts Centre. Here they are ready to go: It must be pretty fun performing in such a nice venue. Maddie is front and centre, not surprisingly. Emily is off to the right side of...
« Older Entries