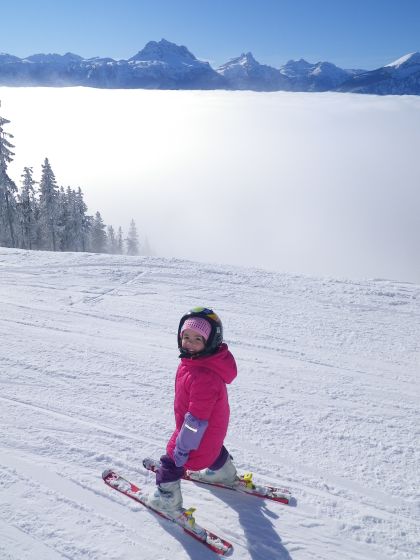 Madeline has embraced skiing this year, she has now advanced to skiing from the top of the mountain on the blue or green runs. She’s not quite ready for this one…yet. Great views to be had at our ski area, it’s nice to be able to get above the valley... 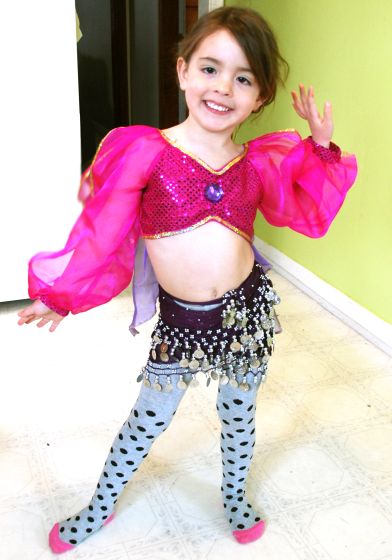 I picked up this skirt in Venice Beach for Maddie, because she often talks about belly dancing. This is her favourite dress up top, so I figured the skirt would be ideal for the ensemble. 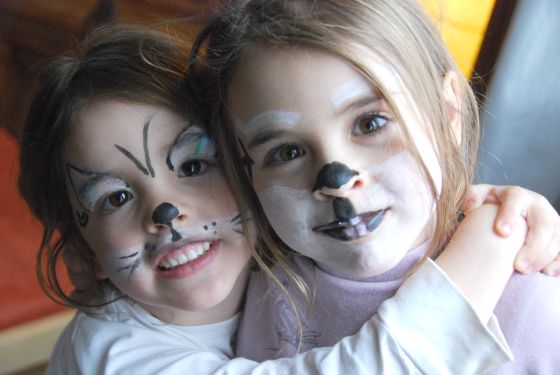 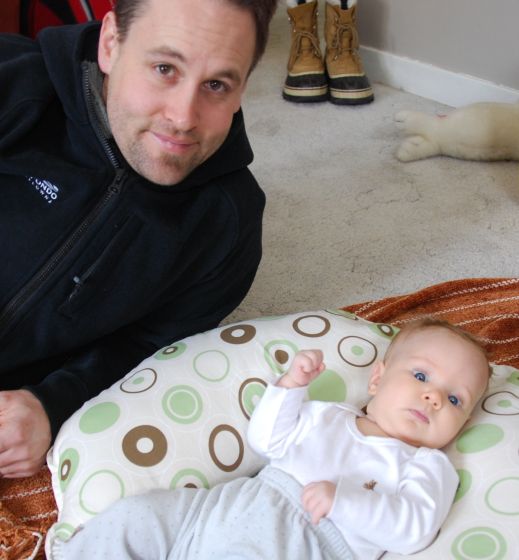 Simon’s brother, Cameron, and his wife and daughter, Johanna and Gabriela; visited for a few days. Little Gabi is only about 3.5 months old. She’s such a little cutie. Emily and Madeline love having a little cousin, they will be quite a trio some... 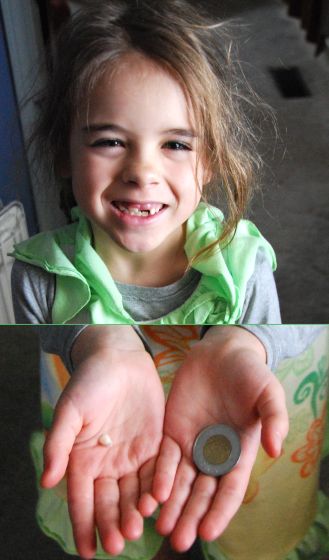 Emily is definitely in the middle of the exchange of baby teeth for adult teeth. Too bad it is not October right now, she would make a good jack o’lantern for Hallowe’en. 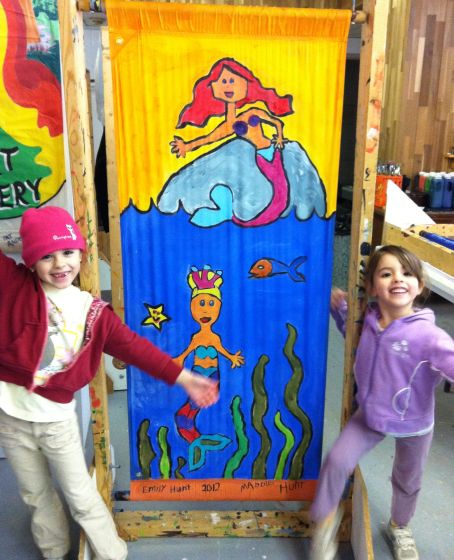 This is the fifth year that I have painted one of these banners that decorate the light standards of Revelstoke all spring and summer. What was special this year was that Emily and Maddie painted one of their own for the first time. This year’s theme is water...
« Older Entries